Join us for our next breakfast meeting on June 14, 2016 at 7:30 am when Darrell M. Johnson, CEO of FRANdata, will share a Forbes Ranking Sneak Peek. 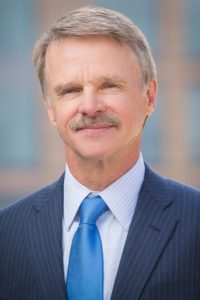 As CEO of FRANdata since 2001, Darrell Johnson oversees the strategic direction of the leading franchise-focused research and advisory firm in the nation. Leveraging his extensive franchise performance metrics and financial experience, Johnson has grown the company’s Capital Access and Franchise Intelligence solutions to what it is today. Prior to his time at FRANdata, Johnson was part of the National Cooperative Bank’s executive team, where he managed investment, conventional and SBA lending groups. His career spans information services, commercial banking, investment banking, and federal financial regulation. Johnson is a Certified Franchise Executive and is currently on the board of the International Franchise Association’s Board of Directors. Known as the “Franchise Economist”, Johnson is a sought-after advisor to franchisors, suppliers, media companies, and some of the top Private Equity firms in the nation. He is a frequent speaker and contributing columnist on franchising economics and trends, and is often cited as a franchise subject matter expert in such leading media as The New York Times, The Wall Street Journal, Bloomberg and Forbes.