Our topic for the July meeting will be Marketing Strategies for Today’s Franchisee & Franchise System. Joining us for this presentation will be: 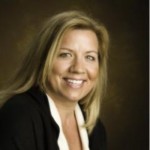 Donna Josephson
VP of Global Marketing
McAlister’s Deli
As VP of Global Marketing for McAlister’s Deli, Donna Josephson leads all strategy development, brand management, national and local initiatives as well as R&D and menu innovation. Donna has extensive experience in the restaurant industry where she has led initiatives for several major brands, including Chick-fil-A, Applebee’s and Wendy’s. 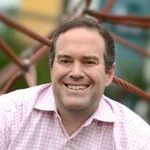 Chad Cohen, CFE,
Senior Vice President
Fish Consulting
At Fish, Chad believes unconditionally in the absolute power of the idea and it’s his job to make sure they work. He has the uncanny ability to put himself on the consumer or franchisee end of any communications program while asking, “Do they get it?” until he is sure they do. Chad is obsessed with making sure Fish’s projects are creative, on target, on budget and on time so they deliver the greatest return on investment. Whether it’s building a non-profit partnership for a national franchise client, helping launch an emerging brand or developing a communications strategy for a 6,000-unit chain, building the foundation on which a brand stands is what he does best. He lives in Miami, Florida with his wife Bibiana and their two sons.