Join us for our January luncheon when we will welcome Russ Umphenour, CEO of FOCUS Brands. Mr. Umphenour will share his insights on leadership and franchising.

Sponsored by The Leavitt Group of Atlanta 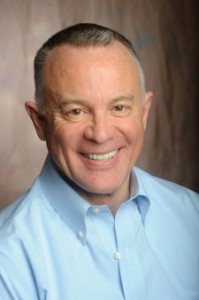 Born in San Francisco, California in 1944, and raised in Nebraska, Russ began his career as an elementary school teacher after attending Evangel University in Springfield, Missouri. To supplement his income, he worked part-time as a counterperson for Arby’s in Flint, Michigan. After being promoted to Night Manager, he decided to make Arby’s his full-time career. Within three years, and after many promotions and transfers, Russ became an Executive Vice President and a stockholder in an Arby’s operation based in Louisville, Kentucky.

In 1973, Russ founded RTM by trading his stock in the Kentucky organization for eleven of their Arby’s restaurants in Georgia and Alabama. RTM grew to 775 restaurants in 22 states. Until the company was sold on July 25, 2005, RTM Restaurant Group was the largest franchisee in the Arby’s System.

Through creating a clear business vision, having a focus on goal setting and leading by values, Russ Umphenour led RTM Restaurant Group to the enviable position of a business organization with 25,000 employees and sales revenues of over $900 million.

As CEO of FOCUS Brands, he looks forward to continuing to make an impact by helping grow FOCUS Brands and its franchise partners.