New IFA President & CEO Robert Cresanti will join us for breakfast December 8, 2015 to review key milestones for franchising and IFA in 2015 and update SEFF on what is on the policy agenda for franchising in 2016.

Space is limited for this very exciting meeting!
Please reserve your seat today! 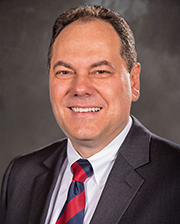 Robert Cresanti
President and CEO
International Franchise Association
Robert was named to President & CEO by the IFA Board of Directors in September 2015. Cresanti joined IFA as Executive Vice President of Government Relations & Public Policy in 2014. Prior to joining IFA, he was with SAP America, Inc., where he served as vice president of Communication & Government Relations since 2009. In his public service, he was confirmed by the U.S. Senate in 2006 as Under Secretary for Technology for the Department of Commerce, the highest ranking U.S. official charged specifically with representing and advocating for the United States high tech industry globally. He chaired multiple bilateral technology trade missions for the U.S. government in the European Union, Asia and Russia and served as co-chair for the White House PCAST, the President’s Council of Advisors on Science and Technology. In his nearly decade-long service on Capitol Hill, ranging from Committee Chief of Staff in the Senate, to Legislative Counsel in the House, he handled legislation before the Banking, Judiciary, Commerce, Government Affairs and Finance Committees.

As a trade association executive, he served as vice president of Global Public Policy for the Business Software Alliance from 2001 to 2006, representing the technology industry in international negotiations and complex regulatory, legislative and commercial legal matters on a global level. He also served as senior vice president and general counsel of ITAA (now CompTIA). Immediately prior to joining SAP, he served as the CEO of the IPXI, the Intellectual Property Exchange.